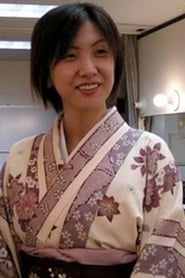 a Japanese shōjo manga artist. She received the Shogakukan Manga Award for shōjo for Ceres, Celestial Legend in 1997. Watase debuted at the age of eighteen with her short story "Pajama de Ojama" ("An Intrusion in Pajamas"), and has since created more than 80 compiled volumes of short stories and continuing series. In October 2008, Watase began her first shōnen serialization, Arata: The Legend in Weekly Shōnen Sunday. Her name is romanized as "Yû Watase" in earlier printings of Viz Media's publications of Fushigi Yūgi, Alice 19th, and Ceres, Celestial Legend while in Viz Media's Fushigi Yūgi Genbu Kaiden and Absolute Boyfriend her name is romanized as "Yuu Watase". In Chuang Yi's English-language versions of Fushigi Yugi (spelled without a macron or circumflex), her name is romanized as "Yu Watase". Yuu Watase is a pen name. She chose "Yuu" because she liked the name.